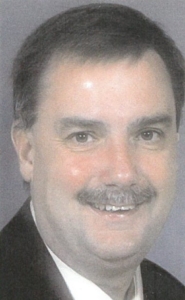 Michael Lee Sisson, 64, of Charleston, WV, passed into eternity on Thursday, September 1, 2022, while at the Hubbard Hospice House.  He was predeceased by his parents, Stan and Roberta Sisson; his sister, Kelley; and his son, Jeffrey Sisson.

Mike is survived by his loving wife, Amy, to whom he was utterly devoted; and by his sons, Jeremy (Tanya) of Lakewood Ranch, FL, and Brett (Jenny) of Myrtle Beach, SC, of whom he was enormously proud.  In addition, Mike is survived by his brother, Steve (Debbie) of Ripley, WV; grandchildren Mackenzie, Layla, Ellie Jo, Boots, and Caleb; numerous cousins, nieces, nephews, and in-laws; a host of beloved friends; and his faithful companion, Shadow.

Born on March 13, 1958, he spent his childhood in St. Albans, WV, where he began what would become lifelong friendships with classmates and neighbors.  A 1976 graduation of St. Albans High School, Mike attended Marshall University.  In 1980, he entered the WV State Police Academy and joined the St. Albans Police Department.  Later, he began an association with Union Carbide, working first as a security guard and then becoming a lab technician.  In 2012, Mike became a candidate for Kanawha County magistrate and was honored as the top vote-getter in the election.  He was re-elected in 2016 and held the position until his passing.  Mike served as an Elder and drama team leader at Redeemer Lutheran Church, Charleston.  He was also a member of the Fraternal Order of Police and the St. Albans Moose Lodge, and among his favorite pastimes were playing golf, playing poker—and playing good-natured pranks on unsuspecting friends and family.  Some of his favorite memories involved his bowling buddies from Venture Lanes.  Mike was an avid fan of the music of Johnny Cash, and his karaoke version of “A Boy Named Sue” remains unsurpassed.  He was also a charter member of The Greater Avian Society of the Kanawha Valley and Kenna.  Mike was a fiercely loyal friend, and he inspired such loyalty in return.

In 1991, Mike married his soulmate, Amy Booten, and the two embarked upon a thirty-one year love affair that featured constant adventures, including many cruises, tours of foreign countries, and various other hijinks and capers.  He treasured her.

A Service to honor Mike’s life will be held at 12:00 noon on Wednesday September 7, 2022 at Redeemer Lutheran Church, Charleston, with Rev. Frank Ruffatto officiating. The family will receive friends from 10:00 am until service time at the church.

For those wishing to make a donation in Mike’s memory are asked to consider a contribution to HospiceCare at HospiceCareWV.org or to the Kanawha-Charleston Humane Association at adoptcharleston.com.

Mike’s family would like to thank the staffs of CAMC General ICU and of Hubbard Hospice House for the excellent care Mike received during the most recent phase of his illness; and the kind staff of Snodgrass Funeral Home, for their compassion and guidance during this difficult time.

Memories and condolences may be shared by visiting www.snodgrassfuneral.com and selecting his obituary.

Snodgrass Funeral Home of South Charleston is honored to be assisting the family with arrangements.