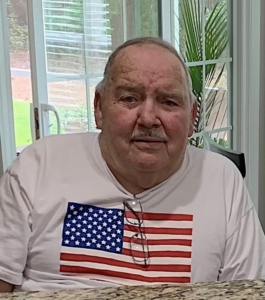 Jack L Ewing, formerly of South Charleston, WV passed away peacefully on September 8th, 2021 at his home in Lexington, SC. Service will be at 12 noon on Saturday, October 23 at Snodgrass Funeral Home. The family will receive friends one hour prior to the service at the funeral home.

Jack was born in South Charleston, WV to Raymond and Marjorie Ewing. He graduated from St. Albans High School and was a member of the 1955 St. Albans State Championship Football team. After graduation, Jack married Jo Ann Wallace on August 2, 1957 and was married for 64 years. Jack retired from Monsanto Chemical Company with 33 years of service.

Jack was passionate about many things in his life including West Virginia University athletics, South Charleston high school athletics which included 25 years in the South Charleston Little League. He loved the outdoors and enjoyed camping, hunting, fishing and spending time at his longtime camp outside of Petersburg, WV.

The Ewing Family would like to thank Halcyon Hospice, Caregiver Janice Young for their kindness and compassion at the end of his life. In lieu of flowers, please consider giving donations to the Kanawha-Charleston Humane Association.

Memories of Jack may be shared by visiting www.snodgrassfuneral.com. Arrangements are in care of Snodgrass Funeral Home, South Charleston.