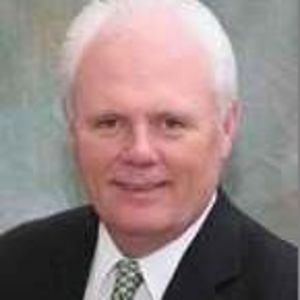 Well known and respected for his legal acumen, especially in the area of trusts and estates, Greg was frequently called upon to establish specialized trusts for those who needed extensive care due to an injury or disability.

Greg remained active in many professional organizations including the WV Bar Association, the Kanawha County Bar Association, Charleston Estate Planning Counsel, the WV Association for Justice, the National Academy of Elder Law Attorneys, and the Brain Injury Association of WV.

He was a graduate of Trinity High School in Louisville, KY and enjoyed the lifelong comradery known amongst Shamrock Alumni. During his high school years, he loved his time working as a caddie at Standard Country Club. Greg was a devoted University of Kentucky sports fan and was honored to receive a partial Evans Caddie Scholarship. He and his father shared a love of baseball, especially the Dodgers. During his collegiate years, he was a manager for the university’s baseball team. While working to obtain his law degree at the University of Dayton School of Law, he simultaneously earned his MBA from the University of Dayton. Thereafter, Greg earned his Masters of Laws in Taxation from Georgetown University Law Center.

Known for his quick wit, dapper attire and absolute passion for golf, Greg will be sorely missed by all who knew him.

A memorial service celebrating his life will be held at noon on Monday, January 8, 2018 at Snodgrass Funeral Home 4122 MacCorkle Avenue, South Charleston, WV. Memories and condolences may be shared by visiting www.snodgrassfuneral.com In lieu of flowers, contributions may be made to The Greg Lord Memorial Foundation, c/o Kelly M. Young, Esq. 1538 Kanawha Blvd. East, Charleston, WV 25311.