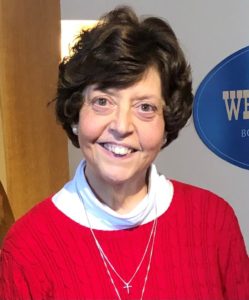 Sharon Ann Tabor Byrd, age 72, of South Charleston went to be with the Lord on November 6, 2022. Sharon was born on January 30, 1950, to Dorothy and Charles Tabor in Huntington, West Virginia. She attended Marshall University where she received her degree in Elementary Education. While at Marshall University, she met the love of her life, David W. Byrd, and the two married on August 4, 1973. Following their wedding, Sharon and David moved to South Charleston, West Virginia, where she continued her long and dedicated career as an elementary school teacher.
Sharon taught in elementary schools from 1974 until her retirement in 2014. During that time, she was a teacher at Cedar Grove, Loudendale, Dunbar Intermediate, Weberwood, and Overbrook Elementary schools. Sharon was a dedicated teacher who exhibited passion and love for her students, and consistently worked to make the classroom a great place for them. She always taught her students to show respect to their fellow classmates and teachers. Sharon’s impact on her students continued throughout their lives, and many of her students stayed in contact with her.
Along with her loving husband (David) of 49 years, Sharon is survived by her son, Andrew David Byrd, daughter-in-law Christina Merbedone-Byrd, grandchildren Connor Andrew Byrd and Charlotte Angela Byrd of South Charleston, and her other beloved family members including Joseph and Nellie Parriott of Moundsville, West Virginia; David, Virginia and Trevor Flick of State College, Pennsylvania and Margaret Cullings of Crofton, Maryland. She was preceded in death by her parents, Charles and Dorothy Tabor.
A Celebration of Life service for Sharon will be held on Sunday, November 13, 2022, at 4 p.m. at Snodgrass Funeral Home in South Charleston, West Virginia with Reverend Ray Stonestreet officiating. The family will receive friends two (2) hours prior to the service at the funeral home, from 2 p.m. to 4 p.m.
In lieu of flowers, donations may be made in her memory to Morris Memorial United Methodist Church, 4615 MacCorkle Avenue, SE Charleston, West Virginia 25304.
Online condolences and memories may be shared by visiting www.snodgrassfuneral.com and selecting the obituary. Arrangements are in care of Snodgrass Funeral Home, South Charleston.