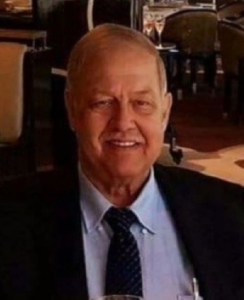 After a lengthy battle with Alzheimers, Terry Lee Smith suddenly passed away from sepsis on December 15th, 2021, in Montgomery, WV.  His family was at his side. He was 74 years old.

Terry was a longtime professor of Environmental and Soil Science at California Polytechnic State University in San Luis Obispo, CA. While at Cal Poly, he also served as a department head, briefly as an Interim Assistant Dean for the School of Agriculture, and as a professor emeritus.  Teaching was undoubtedly his greatest passion.

His education began in the one-room “Sandhill” country school near his family’s farm in northeast Nebraska.  By junior high, he attended public school in nearby Allen, NE and he graduated from Allen High School in 1965. After serving in the Air National Guard and working for the Soil Conservation Service, Terry attended the University of Nebraska at Lincoln.  There he earned his BS and MS in Agronomy.

He met his wife, Gayle, in the dorm and they married in Chadron State Park in 1973. Their daughter, Aurelia, and son, Andrew, were born while Terry completed his Ph.D. at Iowa State University, teaching as an instructor while there. The young family moved to California in 1980, where Terry lived and worked until 2016 when he and Gayle moved to Colchester, VT.  This year they moved again to Charleston, WV.

Through the years, Terry enjoyed traveling and exploring, whether it was tent camping in National Parks with young kids in tow or later tours across the world. He was proud that he had been to all 50 states and five of the continents.  Adventures included hiking among polar bears, tiger safaris, exploring overgrown temples in Cambodia, and so much more — including a final trip to see the pyramids.

Terry shared his love of the land and nature with students, friends and family.  He was happiest walking the dogs on the beach or stopping along a road trip to read a historical marker or check out an exposed soil profile. He never missed a chance to make you groan at a corny joke or a terrible pun.  He read the Almanac just for fun every year, intrigued by surprising new facts and happy to share them.  And he always had a crossword puzzle nearby or a game of solitaire on the laptop. Terry’s kind and generous heart was ready to quietly help anyone in any way he could.  He will be missed beyond measure.

A virtual memorial service will be held on his birthday, Wednesday, Jan. 5th, at 6 pm ET at Snodgrass Funeral Home in South Charleston, WV. To access the live stream service visit www.snodgrassfuneral.com and select the “live stream” button under the obituary photo, when the service begins the live stream will open automatically.

In early February a graveside service will be held in Los Osos Valley Memorial Park in San Luis Obispo, CA.

In lieu of flowers, the family asks that donations be made to Heifer International.  www.heifer.org

Memories of Terry may be shared by visiting www.snodgrassfuneral.com and selecting the obituary.