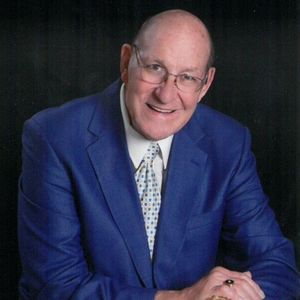 Robert (Bob) Oliver Walker of South Charleston passed away on January 10, 2018 at his home surrounded by his family. Bob was born on May 25, 1938 in Charleston, WV. He was a graduate of Charleston High School in 1956 where he was All-State in Football and went on to play for 3 years at Indiana University. He continued to play professionally for the Charleston Rockets, starting for their undefeated 1965 and 1966 seasons. Bob returned to South Charleston where he worked for the South Charleston Fire Department for 25 years, and served as Captain. Bob continued his service to the City of South Charleston as the Circuit Court Clerk for 25 additional years. Bob had a love for cars and his hobbies included restoring older models, corvettes being his favorite. He was a certified Southern Ohio Valley Corvette restorer and judge. Bob was an active member of the car community in WV as a part of the Rod Run Do Wop Car Show Judging Committee, where he was recently inducted into the Drag Racing Hall of Fame in the summer of 2017.

A service to honor the life of Bob will be held at 1pm on January 13, 2018 at Snodgrass Funeral Home. Family and friends may visit prior to the service from 11am to 1pm.

Memories of Bob may be shared by visiting www.snodgrassfuneral.com and selecting the obituary. Snodgrass Funeral Home is handling the arrangements.