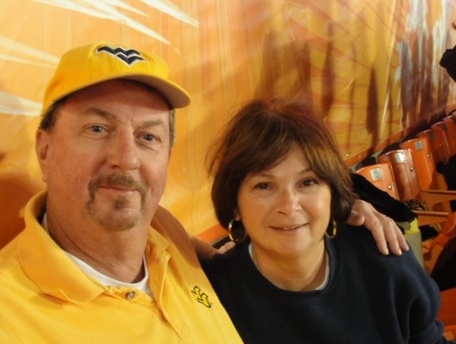 Richard A. Kennedy, Jr. (Dick), 77, of Charleston ,WV, died on March 5, 2020 at Charleston Memorial Hospital. Dick was born to Richard A. Kennedy, Sr. and Margaret Schoulte Kennedy on June 11, 1942.  He was raised in Charleston’s East End and attended Charleston Catholic High School. He graduated from then Morris Harvey College with a degree in Public Administration and attended graduate school at WVU Tech.   He was outstanding at Association Management and Economic Development. He became the Chamber of Commerce Executive President for the Princeton, WV and Fairmont, WV Chambers of Commerce early in his career. After working with the Canton Chamber of Commerce as the head of Economic Development, he headed up the Wheeling Area Chamber of Commerce where he started the Wheeling City of Lights Festival to benefit the downtown businesses and the Wheeling City of Lights Parade, which still exists today. Leadership Wheeling also started under his administration as did the Proud of Wheeling Award. He then headed up the Charleston Regional Chamber of Commerce initiating the high profile annual dinners that featured such speakers as Gen. Colin Powell, Henry Kissinger and Walter Cronkite, among others. He also guided the annual Women’s Conference, again with high-profile guests such as the late White House correspondent Helen Thomas and journalist Deborah Norville, among others. He lent his guiding hand to upgrading the Charleston Leadership Program and took great delight in running the Leadership retreat, where program participants got to try to solve economic development problems that he created especially to target issues in West Virginia.

He and his wife Linda loved to travel. They went to several countries in Europe, on many cruises and tours and had great fun being together and enjoying new adventures. He was a diehard Mountaineer fan and in fact they followed the basketball team to Cancun for 2019’s Cancun Challenge. He also liked horse racing so their years went according to sports: Football, basketball and horse racing. He planned and made arrangements for all of their trips and always had another trip in mind. He enjoyed happy times with his friends at the Lee Street Lounge and the Red Carpet.

He is survived by his devoted wife Linda West Kennedy, his step-children, Robert West (Cindi) of Nashville, Tennessee; Audra Lynn West (Pete Bouck) of Daytona Florida; and his step-grandchildren, Aaron West of Brentwood, California and Vance West of Nashville, Tennessee. He will be missed by them and missed by his friends at the Lee Street Lounge and the Red Carpet of whom there were many, and by the neighbor cat, JJ, with whom he had a special bond.

The family would like to thank the doctors and especially the nurses at CAMC Memorial on 3 North and on the CPICU unit for their kindness during a very difficult time.

A Celebration to Honor the Life of Dick has been POSTPONED and will be RESCHEDULED at a later date.

Snodgrass Funeral Home in South Charleston has been entrusted to assist the family. Donations in Dick’s name may be sent to the Kanawha-Charleston Humane Association, 1248 Greenbrier Street, Charleston, WV 25311.

Memories and condolences may be shared by visiting www.snodgrassfuneral.com.