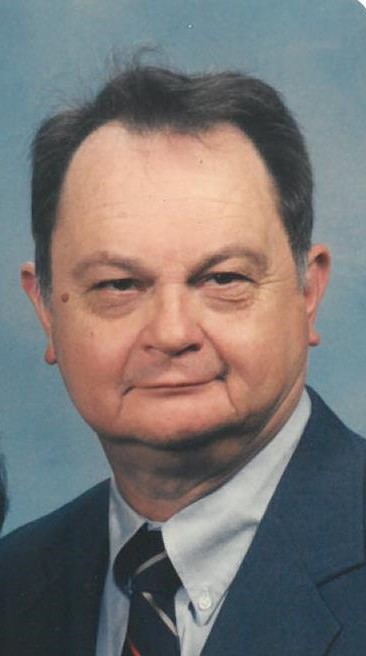 Norman Louis Pennington, 90, of Charleston, passed away peacefully on Thursday, June 18, 2020.   Norman was the seventh child born to the late Everett and Martha Mae (Scragg) Pennington on January 7, 1930 in Charleston, WV.  Along with his parents he was preceded in death by older brothers, Ray and Ernest and older sisters, Louise, Ruby and Juanita.  He will be sadly missed by his older sister, Ruth Pennington and his younger brother, David whom survived him. He is also survived by his loving wife Betty Belle (McDaniel) Pennington whom he married on May 14, 1949.  She resides in Charleston along with his three children, son, Dr. Ernest Norman and wife Rebecca (Gordon) Pennington and their two children, Brian Michael Pennington and his companion, Leila Sale of Austin, Texas,  and Dr. John David and his wife Andrea (Perry) Pennington, and daughter, Deborah Louise (Pennington) Wright and her companion, David Stiles and her children, Jessica Lynn and Carrie Elizabeth, and son,  Jeffrey Louis and his wife Marsha (Booth) Pennington ad their daughter, Kelly Michelle. In addition to his four grandchildren, Norman leaves three great grandchildren by John and Andrea who are Nolan Sargent, Levi Gordon and Ava Faith Pennington.

Mr. Pennington graduated from South Charleston High School in 1947 and immediately joined his father, Everett at Kanawha Manufacturing of Charleston.  In 1953 he became employed at the United States Post Office Complex. Norman made many lifelong friends in his 54 years of record setting service.  He was also joined at the post office by his brothers in law Peyt, Marvin, Andy, Jimmy and Brad.  On November 21, 2003 Charleston Mayor, Danny Jones declared it as ‘Norm Pennington Day’ with an official City of Charleston Proclamation Certificate for his long service at three Charleston post offices.  Norman, his father Everett and sister, Ruth managed Pennington Grocery Store on South Ruffner Road from the mid 1950’s to the late 1990’s.

Norman enjoyed sports, participating as a player as well as a spectator.  As a young man he regularly played ‘pick-up’ basketball at the old McSwiggan Elementary Schoolyard.  He could also be found playing neighborhood ‘touch’ football on the Morris Harvey field that is currently covered by the University of Charleston’s Triana Sports Complex.  Norman was always up for a softball game.  He was a pitcher for many post office teams that played most of their games at Coonskin Park Facilities.  He later was a regular on the post office bowling team.  Norman was a teacher spending time helping his children in sports and always found the time for practice.  Norman also spent time with his nephews, Jack Pennington and Gary Whittington watching them in sports at Charleston High School and later Gary playing basketball at West Virginia Tech.

He enjoyed Charleston Minor League Baseball and took in many games.  He was able to visit a good number of Major League Baseball parks as well. Norman was a regular at Laidley Field following football from Charleston High School, the Charleston Rockets and later George Washington High School.  As a proud grandfather, Norman would not miss his grandson’s sporting events.  As John worked his way through baseball, basketball, and football, he was always there.  He loved WVU Football and went to games for years before he got to watch his grandson play there.  In more recent years he enjoyed John as a College Football Coach at West Virginia Wesleyan, Concord and West Virginia State.  Norman had attended classes at WVSU early in his career and was so happy to see John there.

Norman was a Christian and a member of the South Ruffner Presbyterian Church of 20th Street in Charleston.

A service to Honor the Life of Norman will be held at 1:00 pm, Thursday, June 25, 2020 at Snodgrass Funeral Home with Rev. Charles Williams officiating. Music will be provided by Marilyn and Steve Perry and guest speakers will include nephew, Rick Pennington and grandson, John Pennington.  Norman has a final resting place in Mount Alpha Cemetery among many relatives, including his immigrant Welch grandfather, Samuel Scragg.  Family and friends may visit at the funeral home from noon till service time.

The family wishes to give a special Thank You to all the staff at Oakridge Nursing Home.  They were so very kind while he visited Betty and during his recent stay there.

Memories of Norman may be shared by visiting www.snodgrassfuneral.com and selecting the obituary. Snodgrass Funeral Home is assisting the family with these arrangements.

Please follow all recommended guidelines from the Governor and local health department by practicing social distancing and wearing of masks for your safety and for the safety of others.