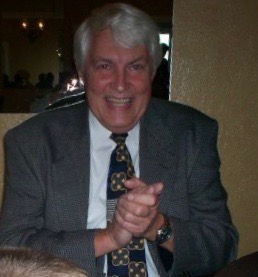 Michael Richard Diehl, 72, of South Charleston, passed away on September 28, 2018, at home following a long illness.

Michael was the oldest son of Earl and Juanita Diehl, born September 27, 1946.  He graduated from Charleston Catholic High School in 1964 and attended West Virginia State College.  He married the love of his life, Annett Hackney, on August 5, 1972.  Michael owned and operated Rich’s Place in South Charleston for over 30 years.  His kind hearted, yet boisterous personality made him loved and respected by everyone who knew him.  Michael never knew a stranger, and treated everyone he met like family.  Michael had a love of baseball that lasted a lifetime, first as a player and then as a fan.  He loved watching family play baseball games, starting with his nephew, Chris Diehl.  His love for the game peaked as his grandsons, his pride and joy, began to play the game he adored.  He proudly sat many nights at The Rock cheering for them.  Michael’s presence will be irreplaceable and he will be missed by so many.  His Catholic faith gave him peace in his final days.

In addition to his father, Earl Diehl, Michael is preceded in death by his brother, Christopher Diehl.

In lieu of flowers the family asks that donations be made to Snodgrass Funeral Home, 4122 MacCorkle Ave. SW, South Charleston, WV  25309.

The family would like to say a special thank you to staff of Hospice for the amazing care and kindness shown to Michael and Annett during their time of need.

Memories and condolences may be shared by visiting www.snodgrassfuneral.com.

Snodgrass Funeral Home of South Charleston is assisting the family with the arrangements.