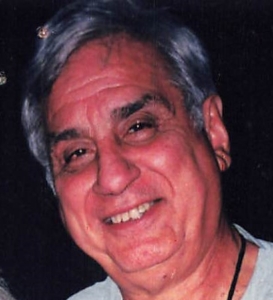 Manuel was born in the coal mining community of Dorothy, Raleigh County, WV on December 31, 1931. His family moved to Charleston when he was a small child and he grew up on the East End. He attended Roosevelt Junior High School and Charleston High School. He was an outstanding athlete in high school and played football, basketball and ran track. He set the state record in the shotput during his junior year in high school.

After graduating high school in 1951 he attended West Virginia University and played football and ran track for WVU. He was drafted into the United States Army and served honorably as a motion picture photographer.

Upon returning to Charleston, he had various jobs and operated various businesses including Royal Oaks Grocery Store in the Kanawha City area of Charleston, Collias Market and Jack Frost Dairy Bar near Coonskin Park. He later worked for the state Alcohol Beverage Commission as a liquor store manager until he retired.

He was an avid fishermen and hunter. He particularly loved fishing. After retirement he would sometimes go fishing every day for weeks on end. His departure will forever leave an empty place in the hearts of all who loved him. Manuel will be sadly missed by his loyal companions, Bear & Butch, his dogs.

Burial will be in a private graveside service for family members only.

Memories of Manuel may be shared by visiting snodgrassfuneral.com and selecting the obituary. Snodgrass Funeral Home is assisting the family with these arrangements.