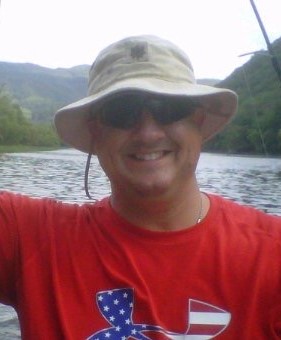 Lieutenant Colonel James Barton (Bart) Cavendish, age 51, went to meet his heavenly father on Monday March 16, 2020. Bart was an East Bank High School graduate in 1987 and pursued his higher education at Marshall University and graduated in 1992 with a B.S. Degree in Biology.
Bart served his country honorably with the West Virginia Air National Guard 130th Airlift Wing as a navigator and did several tours of duty in his 21 years of service. During this time, he supported Operation Iraqi Freedom, Operation Enduring Freedom, Operation Nobel Eagle, and many other assignments abroad.
He was an avid outdoorsman and enjoyed spending time at the family cabin on the Greenbrier River Trail.
Bart had a love for the sport of wrestling. He shared this love by coaching his two sons and many other children at Andrew Jackson Middle School and most recently volunteered at East Bank Middle School.
Bart was preceded in death by his Grandparents Mary Whitlock (Nelson), Charles Wesley Whitlock, Mona Cavendish (Dietrich), Carl Cavendish, and one aunt, Carolyn Whitlock, and one uncle, Michael Farmer.
He is survived by his parents James S. and Connie Cavendish of East Bank, WV, a spouse, Michelle Cavendish and their two sons, Adam and Alex Cavendish of Cross Lanes, WV, one sister, Mary Huffman and husband Heath Huffman, their children, Seth Cavendish, Wyatt Huffman, Kailey Huffman of Belle, WV, two aunts, Judy Farmer of Cross Lanes, WV, and Lois and Owen Taylor of St. Albans, WV, and many other great friends.
A service to honor the life of Bart will be held at 12:00 noon on Thursday March 19, 2020 at Snodgrass Funeral Home in South Charleston with Rev. Krysta Rexrode Wolfe officiating. The family will be receiving friends from 11:00 am until 12:00 noon on Thursday at the funeral home.
The inurnment will be held at Donel C. Kinnard Memorial State Veterans Cemetery, Institute, with military honors by the cemetery honor guard and USAF, on Friday March 20, 2020 at 12:00 noon.
In lieu of flowers the family asks that donations be made to www. woundedwarriorproject.org/donate Please make this in a gift in honor of Bart and have the condolence sent to Cavendish.Michelle@yahoo.com
Memories of Bart may be shared by visiting snodgrassfuneral.com and selecting the obituary. Snodgrass Funeral Home of South Charleston is honored to be assisting the family at this time.