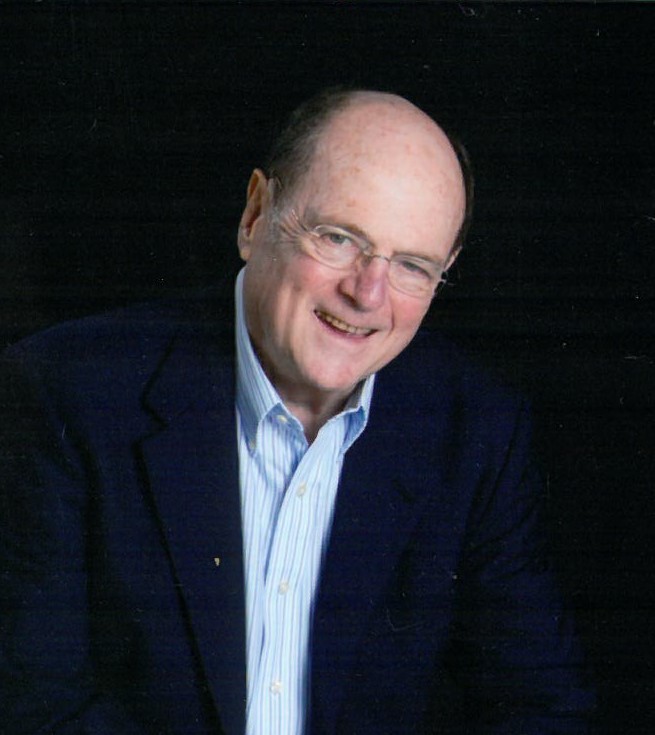 On September 6, 2018, Joseph W. “Jody” DeBias, beloved husband of Rose Marie “Ro” Carcione DeBias, was at home peacefully sleeping when he let go of his wife’s hand to take the hand of Our Lord, freeing him from the bonds of the Alzheimer’s and Parkinson’s that for 10 years slowly diminished his mind and body, but never his gentle, loving spirit.

Jody, the son of the late Joseph A. and Gladys M. DeBias, was born on February 18, 1940 in Wheeling, WV.  He graduated from Cathedral Grade School in Wheeling, WV in 1953. In 1959, Jody graduated high school and the first two years of college from St. Charles College, a minor seminary, in Catonsville MD.  Jody graduated in 1965 from St. Mary’s Seminary and University in Baltimore, Maryland.  Jody was ordained a priest on May 22, 1965 by Most Reverend Joseph H. Hodges, Bishop of the Diocese of Wheeling-Charleston, at St. Joseph’s Cathedral in Wheeling and served in the Diocese until 1986.

Jody spent his entire life loving and serving His Lord and touching the lives of so many who never will forget him. As a priest, he served as Associate Pastor at Our Lady of Fatima Church, Huntington and at St. Anthony Church, Follansbee.  He then was assigned as Diocesan Director of Vocations, which included development of the Permanent Diaconate Program and leading various vocation programs and retreats for youth.   He was instrumental in establishing the Cursillo Movement and Teens Encounter Christ (TEC) in the Diocese.  Jody served on the Presbyteral Council, the Diocesan Pastoral Council, and the Board of Directors for Wheeling Jesuit University.  His last assignment as a Diocesan priest was serving as Pastor of Blessed Sacrament Church in South Charleston from 1980-1986. Jody inspired parishioners with his homilies while frequently inserting his signature phrase, “this is where the rubber meets the road”! He also began the Lunch Bunch gatherings for the 55+ age group.  Now open to all ages, these monthly gatherings still continue for mass, lunch and fellowship.  The Bereavement Meal was another of the many services started during his days at Blessed Sacrament. Jody resigned in 1986 after 21 years of service as a priest to pursue other avenues of ministering to God’s people.

Choosing to remain in the Charleston area, Jody accepted the position of Human Resource Director for McDonough-Caperton Insurance Group (MCIG) while continuing to work towards obtaining a Master’s Degree in Clinical Psychology. Jody graduated from the WV College of Graduate Studies (COGS) on May 14, 1988.

On 9/1/91 Jody resigned from Acordia Insurance Group (formerly MCIG) to establish his own company, DeBias Interactions, in order to do what he truly enjoyed most, which was interacting with people.  He specialized in professional employee/team evaluation and organizational development.  Jody continued to use his counseling background in personal and marriage counseling by working part time as Senior Therapist at Associates in Counseling and Training (ACT).

Jody was an active member of the Board of Directors of Big Brother Big Sisters of the Greater Kanawha-Putnam Area, serving as President and later as part time Executive Director of the organization.  He also served on the Board of Kanawha Pastoral Counseling.

Jody and Ro were happily united in marriage on November 26, 1988.  They enjoyed traveling, cooking (especially Italian food), being with family and friends, and most of all evenings alone sharing a good meal with a bottle of red wine.  In 2013, both felt very blessed that they had the opportunity to celebrate 25 joyful years of marriage with friends and family.

He was forced to retire at the end of 2011 due to the progression of the diseases and his continued decline.  Ro retired at the end of 2013 to be able to spend more time together, doing what they enjoyed most.

In addition to his parents, Jody was preceded in death by Ro’s son, Scott Yoho, father-in law, Samuel Carcione, mother-in-law, Mary “Tina” Carcione, brothers-in-law, Michael Kotlas and Bob Schmitt, sister-in-law, Cassie Spigarelli, special friend, who was like a sister to him, Antoinette “Toni” Oliver, and several aunts, uncles, and cousins.

All Services will be held at Blessed Sacrament Church, South Charleston. Visitation will take place on Friday, September 21st, from 5pm – 8pm with a brief prayer service to follow.  On Saturday, September 22nd, visitation will begin at 11am with Mass of Christian Burial at Noon.  Interment will take place in the Columbarium at Blessed Sacrament immediately following the Mass.

Memories of Jody may be shared by visiting snodgrassfuneral.com and selecting the obituary.  Snodgrass Funeral Home is taking care of the DeBias family.