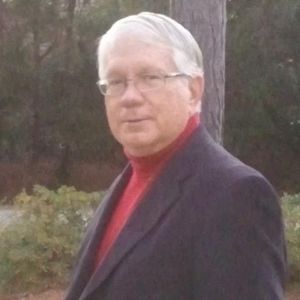 He is survived by his best friend and loving wife of 47 years, Norma Lynn Dent Harris; his children, John Robert Harris, II and Kellie Thayer and daughter, Autumn Thayer, of Winchester, Virginia; Elizabeth Danielle Baker and Jason Baker of McDonough, Georgia, and Jay Rollins of Morehead City, North Carolina. He is also survived by his niece, Toni Priestley and her husband Brent Priestly; great niece Savannah Priestley and great nephew, Lucas Priestley all of Hurricane, West Virginia, as well as his sister-in-law, Lou Dent-Smith and friend Jack Debolt of Charleston, West Virginia. John was the most gentle, loving, faithful, accepting, generous, and compassionate man and an adoring husband, father and friend.

John graduated from Glenville State College with a BS in physics and mathematics. He served in a variety of positions in public service. He also served as Financial Officer for the Episcopal Diocese of WV and continued service for the Episcopal National Church Insurance, Diocese of East Carolina. He was a member of St. Francis by the Sea Episcopal Church.
John was an avid fisherman and boater. He enjoyed volunteer work at the Watercraft Center, Beaufort, NC, where he participated in the restoration of historic vessels. He was the Treasurer of the American Music Foundation of eastern North Carolina and was to be the next Commodore of the Cape Lookout Yacht Club.

A Service to Honor the Life of John will be held at 1:00 PM, Friday, January 5, 2018 at Snodgrass Funeral Home, South Charleston, with The Rt. Reverend Arthur Bennett III as celebrant and Robert and Keta Johnson, musicians. Burial will be in Valley View Memorial Park, Hurricane. Family and friends may visit from 5:00 PM to 7:00 PM, Thursday, January 4, 2018 at Snodgrass Funeral Home and one hour prior to the services on Friday at the funeral home.

A memorial service will be held at a later date in Morehead City.
Memories of John may be shared by visiting www.snodgrassfuneral.com and selecting the obituary. Snodgrass Funeral Home is assisting the family with these arrangements.