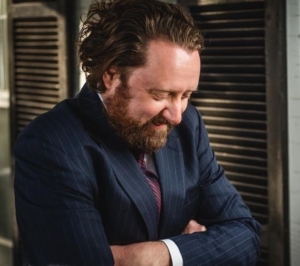 John Kennedy Bailey, age 53, of Charleston, passed away suddenly due to a tragic accident on Wednesday, September 15, 2021.

He was born March 17, 1968, in Fairmont.  Growing up in a family committed to public service, John knew early on he wanted to continue that work.  He proudly earned the title as a Knight of the Order of the Golden Horseshoe in 1982. John served as the president of his senior class of Fairmont Senior High School.  He was selected to attend the Mountaineer Boys State program where he was elected to the Mock Supreme Court and returned each year as either a camp counselor or mentor on the subject of judicial issues. John attended Yale University where he graduated with a degree in history and a group of lifelong friends.

After college he worked on Capitol Hill for Congressman Nick Rahall helping constituents. He then chose to return to his beloved West Virginia and attended the West Virginia University College of Law.   John attended WVU Law on a merit scholarship, where he was an Articles Editor on the Law Review. During the summer he clerked on Wall Street but knew his heart was in West Virginia. Upon graduating from law school, he moved to Charleston and worked at the law firm of Goodwin and Goodwin. He continued his career of public service next by working for Supreme Court Justice Warren McGraw. He then spent time working for James F. Humphreys & Associates, L.C.

John started his own law firm, John Kennedy Bailey Law in 2006, focusing on real estate law.  He also had a passion for renovating rental properties in the historic East End of Charleston.

In 2018, John was elected to Charleston City Council as an at-large member. While on council, John served as chair of the Environment and Recycling Committee and was also on the Ordinance and Rules Committee.  He had just been appointed to the Charleston Land Reuse Agency, where he was looking forward to making a difference in the city he loved.

John was a proud sponsor of the Capital Midwestern Little League and volunteered his time on the board and helping with concessions and grounds.  John and his family hosted several au-pairs from all over the world in their home.  He was proud that all of them chose to stay in his beloved Charleston where they continue to be a part of his family. John could frequently be found enjoying baseball games at Appalachian Power Park or hanging out at the Red Carpet.

A fun-loving, welcoming, out-going soul, John knew no strangers. He loved having fun and made sure that all around him were included as well. A keen intellect, with a sharp wit and great sense of humor, John was someone who you wanted to be around.  He made a point to stay in contact with friends and family, whether attending football games or organizing class reunions or hosting an epic party, John knew the importance of letting the people in your life know they mattered.

A service to honor John’s life will be held at 11:30 am on Tuesday, September 21, 2021, at First Presbyterian Church, Charleston with Rev. Dr. William C. Myers officiating. Visitation will be held at the church beginning at 10:30 am. A private interment service will follow in Springhill Cemetery, Charleston.

The link to attend the funeral via ZOOM will be found at www.firstpresby.com on the home page.

A celebration of John’s life will be held at the Red Carpet beginning at 5 pm.

In lieu of flowers, the family requests donations be made to your favorite local community organization or charity.