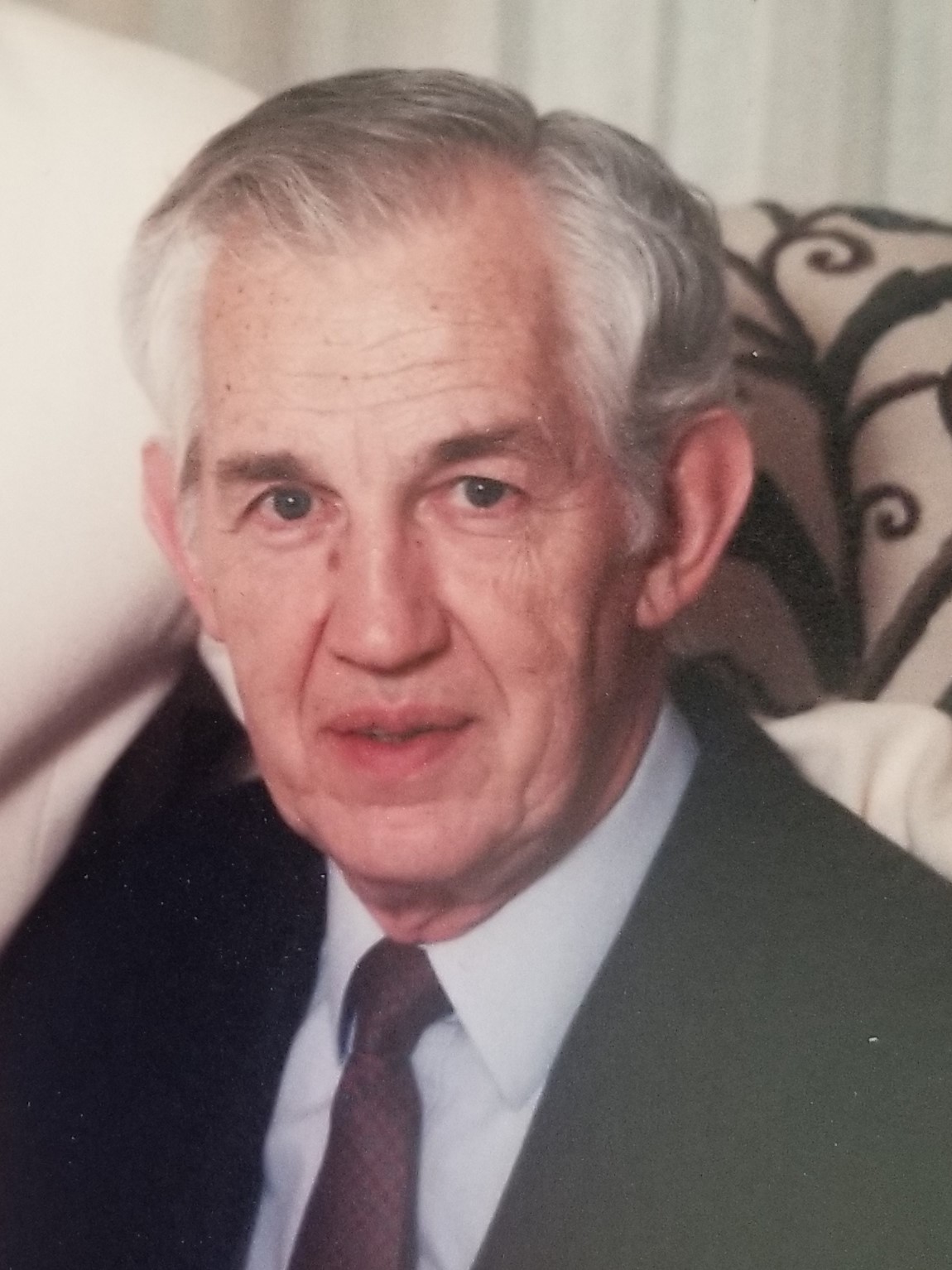 John Louis De Roo, 90, of Charleston, has journeyed to heaven to be with his beloved wife, Mary Virginia, on November 13, 2020, after a brief illness.  John was a devoted husband and beloved father of Lawrence, Mary Ellen, and Diane.  John was a man of great faith, always with a song in his heart and a whistle on his lips.  He had a pleasant greeting for anyone who ever crossed his path, the gentlest and kindest man many have ever known.

John was a native of the South Side of Chicago, Illinois.  He was a die-hard Cubs fan in the midst of White Sox fandom in his old neighborhood on Washtenaw Avenue.  In 2016, he checked off his bucket list as he watched his Cubbies FINALLY win the World Series during his lifetime!  John also developed a life-long love of the game of basketball growing up in Chicago.  His 6’5” frame and wide wingspan served him well in that endeavor.

John graduated from Gage Park High School and the Illinois Institute of Technology.  He received his Master’s Degree in Engineering from Marshall University.

John served in the US Army during the Korean Conflict as an Intelligence Analyst in Salzburg, Austria.

After his military service, John enjoyed an entire career at Union Carbide as a Fire & Safety Engineer and, in his retirement, his “second career” as a consultant at CDI, which opportunities took him around the world to many interesting foreign and diverse locations, enriching his life and that of his entire family.

John and his beloved Mary Virginia were founding members of Blessed Sacrament Church (BSC).  John was very active at BSC serving on its Board for several years.  He also was the Cub Master for the BSC Cub Scouts and enjoyed coaching CYO Basketball.

John will be remembered by many special friends, including Bill Crockett, his daughter Peg Nagem and family; the McGranahan Family; the Donahue Family; the Bridge Club; the Serra Club; the Hanging Chads of Union Carbide; Rock Lake Village Neighbors; Northwood Road Neighbors; and the Trinity Community in BeaverCreek, Ohio.

Due to the current pandemic and resulting health risks, John’s family will have a private funeral Mass at Blessed Sacrament Catholic Church with Rev. Father John Finnell officiating, followed by a brief, private burial service in Sunset Memorial Park, South Charleston.  The Mass will be live-streamed via Facebook on Blessed Sacrament Church’s website on November 20, 2020, and also available for viewing thereafter.

In the late Spring to early Summer 2021, John’s family plans to have a Celebration of Life for all friends and family to come together and honor John’s life and share many happy memories.  Notice of that event will be posted with details at a later date.

Memories and condolences may be shared by visiting www.snodgrassfuneral.com and selecting John’s obituary.  Snodgrass Funeral Home is honored to be assisting the family with arrangements.