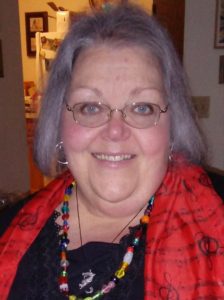 Janet McDowell, 70, of St. Albans, passed away on October 28, 2022 at CAMC.  Janet was a graduate of St. Albans High School, class of 1969, and Charleston Beauty Academy, class of 1970.  Janet worked as a hairdresser for over 40 years and played an active role in her community.

She was a mother, sister, grandmother, friend, and confidant to many.  Her care-free and caregiving heart touched so many lives.  She always gave unconditional love to anyone that crossed her path.  She was a lady that had little, but gave very much.

Janet was also grateful for her many friends and the many memories they shared.

A gathering to Honor the Life of Janet will be held from 3-6 p.m. on Saturday, January 7, 2023 at Snodgrass Funeral Home, South Charleston. In lieu of flowers, the family asks that donations be made to the Women’s Health Center, 510 West Washington Street, Charleston, WV 25302.

Memories of Janet may be shared by visiting www.Snodgrassfuneral.com and selecting the obituary. Snodgrass Funeral Home is in charge of the arrangements.