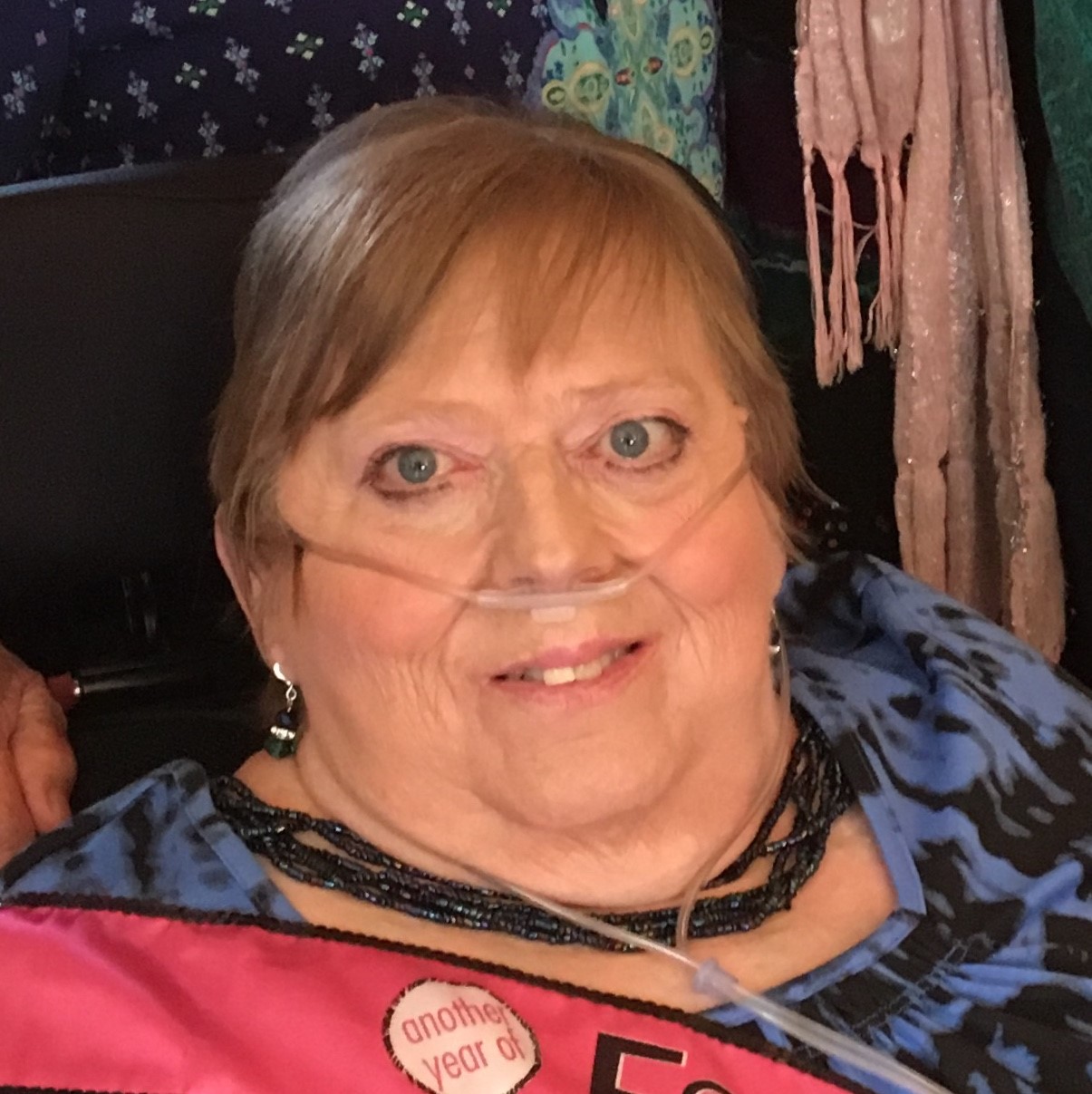 Janet Lynn “Jan” Lilly – Stewart, age 67, of Kanawha City , passed away Thursday December 6, 2018 at CAMC Memorial Hospital after a short illness, surrounded by family and friends. She will be remembered by many for her fierce advocacy, steadfast friendship and unwavering love of life. Jan was born August 15, 1951 in Beckley, WV daughter of Genevieve “Jennie” Browning, of Canton, OH, and the late James Lilly.  When Jan was a child, doctors told her mother that Jan was not likely to live to adulthood due to her spina bifida. Her mother defied their predictions. She supported Jan in following her dreams, which led her to a Master’s Degree in Counseling from Marshall University, a career in the disability movement and marriage to the love of her life, David Stewart, who died in 2015. Jan was the first inductee in the West Virginia Independent Living Hall of Fame. She was one of the pioneers in the state’s independent living movement and has been recognized nationally for her contributions. She was among the original staff members at what is now known as Mountain State Centers for Independent Living. She left the center to lead the advocacy efforts of the Developmental Disabilities Council. She was one of the founders of the Fair Shake Network and served as its coordinator for several years. Jan was well-known at the State Legislature for her expertise and leadership on disability issues. She helped author legislation that closed the Colin Anderson Center, the state’s last institution for people with developmental disabilities. She was also instrumental in the passage the Ron Yost Personal Assistance Services Act, the Independent Living Act and other important bills.  She was the founder of Partners in Policymaking, which has helped prepare many new leaders in the disability movement. Jan worked hard, and she played hard. She and David hosted frequent gatherings in their home, where David loved to cook and friends often played music. Many a Friday night during the summer, Jan could be found listening to local musicians at Live on the Levy. She loved the Beatles and saw Bruce Springsteen in concert four times. She looked great in purple, her favorite color. Left to cherish her memory are her mother, Jennie Browning of Canton, OH; her sister, Renee Lilly and her husband James Athans, of Canton, OH; stepson Mark Stewart and family; her personal assistants, Kim Ramsey and Janie Barker; her roommate, Tara Roush; and countless friends. A celebration of Jan’s life will be held at 2:00 pm Saturday December 15, 2018 at Snodgrass Funeral Home by her family and friends.  The family will receive friends one hour prior to the celebration on Saturday. Private graveside services were held at Blue Ridge Memorial Gardens, Beckley, WV. Memories of Jan may be shared by visiting snodgrassfuneral.com and selecting the obituary. Snodgrass Funeral Home is assisting the family with these arrangements. In lieu of flowers, the family asks that donations be made to The Fair Shake Network, PO Box 354, Institute, WV 25112, or online at http://www.fairshake.org/donate.html