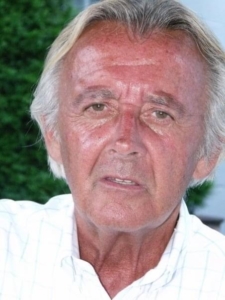 James Canfield Kline, 76, of Charleston, WV, passed away September 6, 2022, peacefully at home surrounded by his loving family after a long, hard-fought battle with Parkinson’s Disease.  He was a member of Trinity United Methodist Church, Charleston, WV. Born in Huntington, WV, on January 15, 1946, he was a son of the late John Blair and Catherine Lowe Kline.  He grew up in Milton, WV, but graduated from Wayne High School in Dayton, OH, while residing there with his brother, John E. Kline. He later joined the United States Navy/United States Marine Corp where he served as a corpsman during the Vietnam Conflict. He attended Marietta College and the University of Virginia.  His gregarious nature served him well in life and politics as he knew no stranger.

The family would like to especially thank his caregivers Kanawha Hospice, Visiting Angels, and Barbara B., as well as their friend Teresa Cisco for the loving care that was provided to James.

A Celebration of Life memorial will be held at a later date. Contributions may be made in his memory to the Trinity United Methodist Church in Charleston; the Parkinson’s Foundation; or to Kanawha Hospice.

Memories and online condolences may be shared by visiting www.snodgrassfuneral.com. Arrangements are in care of Snodgrass Funeral Home, South Charleston.