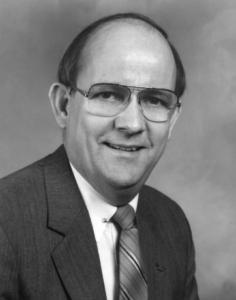 Harry Gordon “Buck” Flynn passed away peacefully on October 25, 2021.  Buck was born in Harrison County on June 24, 1938, the youngest child of the late William and Martha Flynn.   He graduated from Roosevelt Wilson High School in Nutter Fort, West Virginia.   Buck spent his entire career with “the phone company” first with AT&T and then after divestiture, C&P Telephone and Bell Atlantic.   He was active in the Charleston community, serving on various committees and organizations, including the Charleston Sternwheel Regatta where he founded the Rubber Ducky Race.

Buck was an avid Mountaineer fan and never missed a game even weddings were planned around the WV football schedule.  His RV could be found in the Blue Lot during home games with plenty of food and beverage for all who stopped by.

A private family ceremony will be held in North Carolina.

A special heartfelt thanks from the family to staff and caregivers at Bellaire at Devonshire Assisted Living and Memory Care and HospiceCare of Charleston for caring support they shown to Buck and family.

In lieu of flowers, the family has requested memorial donations in Buck’s memory to HospiceCare, 1606 Kanawha Blvd, Charleston, WV 25387-2536

Condolences to the family may be shared by visiting www.snodgrassfuneral.com and selecting the obituary. Arrangements are in care of Snodgrass Funeral Home, South Charleston.