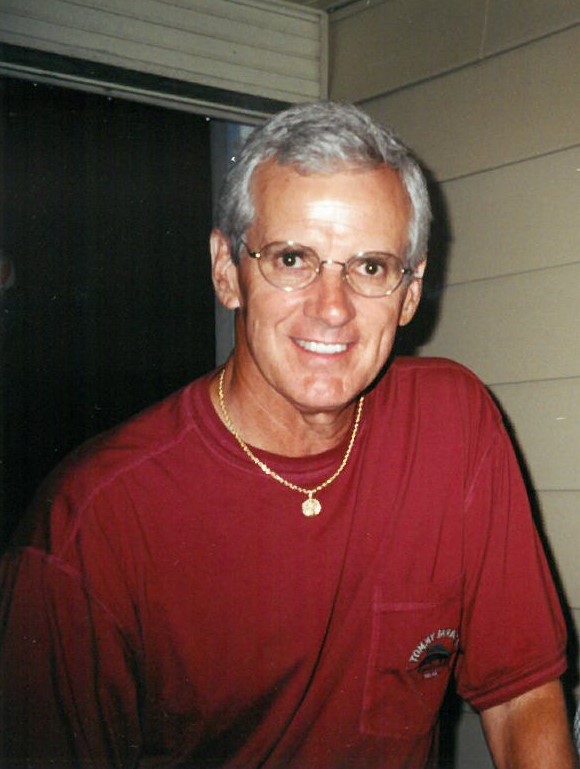 Gary was a man of many talents, joys, and experiences.  He had this amazing kindness that connected him with all ages and levels of people, making them feel at ease and important.  He has been described as having this aura, that his demeanor, charm, and heart were always open and welcoming.

Gary has now been reunited with his parents, Garland Lee and Elinor Chambers Ellis, his beloved Aunt Frieda, and many other family members who pre-deceased him.

Gary was born and raised on 9th Street in Glen Dale, WV; in the same home where his Mother was raised.  Gary was proud of the close knit community, its values and work ethic it taught him as a young man, and followed him throughout his adult life.

Gary graduated from West Virginia University with an Accounting Degree, as a member of the ROTC Class.  Following graduation, Gary entered the US Army, where he was recruited to join the 570th US Artillery Group, and the Special Ammunitions General Support Unit; which at that time was comprised of US Soldiers, attached to the British Army, serving in Muenster-Handorf, Germany.

Following his military service, Gary joined the accounting firm of Haskins & Sells, Pittsburgh.  Realizing his passion was really in developing and sustaining communities and their businesses; Gary took his financial skills to the Banking world where he enjoyed decades of community development, and obtained his Masters at Rutgers University.  One of his passions as Bank President was to be sure his employees were valued and trained to be the best they could be, and see their potential.

After retiring from over 22 years with United National Bank, Gary joined the President’s Office at West Virginia State, Institute.  Gary worked closely with Dr. Hazo W. Carter, Jr. and the WV State Legislature to bring WV State College to become WV State University.  As a man who was always learning and looking for teachable moments, Gary fit right in on the beautiful campus of WV State and the energy of its students, faculty, staff, sports, and research.

Gary and Valerie (“his Valsie”) were married on April 19th, 1996; and they enjoyed 23 ½ years of a bond like no other.  Their home quickly became the gathering place for family, friends, events, holidays, and more.

Gary had a unique and quick wit, which he proudly inherited from his father.  He had a discerning taste for all the latest styles and trends while holding on to the best of the “classics”, for a good scotch, a fun beer, fragrant flowers, music of all genres, golfing the beautiful WV courses and beyond.  Gary and Valerie enjoyed traveling, and found themselves at home in the beauty of Canaan Valley or the sand and surf of any beach town.  One of his greatest joys was working in their home gardens alongside Valerie, where they created a wildlife sanctuary, and spent many wonderful hours relaxing and entertaining.  Gary appreciated the beauty of nature and all of the gifts we received every day.

Gary’s faith ran deep, and it is that faith and trust that has allowed him to take his eternal peaceful rest.

On behalf of Gary, Valerie would like to express her deepest gratitude to Dr. Joby Joseph for his unwavering guidance and support, to the entire Nursing and Respiratory Staff at CAMC Memorial SICU for their kind and gentle care, and to his special “angels” Jamie Tridico, April Eakle, and Dennesse Miller.

The Funeral Mass for Gary will be at John XXIII Pastoral Center on Monday, October 28th at 4pm, officiated by Rev. Msg Dean Borgmeyer, with visitation one hour prior at 3pm.  There will be a celebration of Gary’s life immediately following the Mass at the Holiday Inn & Suites Charleston West, 400 2nd Avenue, So. Chas.

Memories of Gary may be shared by visiting www.snodgrassfuneral.com and selecting the obituary. Snodgrass Funeral Home is assisting the family with these arrangements.