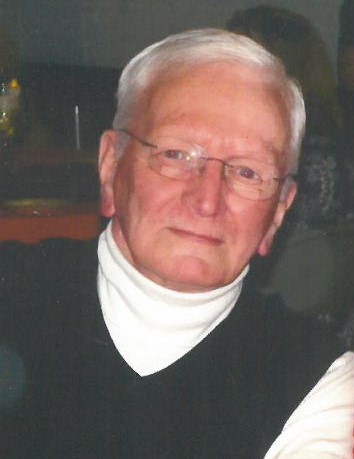 Ed was born April 10, 1938 in Charleston, WV, son of the late Frank Edward Sr. and Peggy Harris Evans.  He was also preceded in death by his mother and father in law, Margie and Henry Reynolds.

Ed served his country in the US Army.  He retired after 42 years from Union Carbide/Dow where he was a distribution coordinator.  He was an active member of the Benevolent and Protective Order of Elks Charleston Lodge #202 and the FOPA #4.

He favorite thing in life was playing golf and he was never happier than when he was on the golf course except when he was on the island Curacao.  He will be greatly missed by his family, his BOPE, bowling and golfing friends and anyone who knew him.

A celebration to honor Ed’s life will be held at ­­­­St. Timothy Lutheran Church, Wednesday, May 27 with visitation at 1pm and funeral at 2pm.