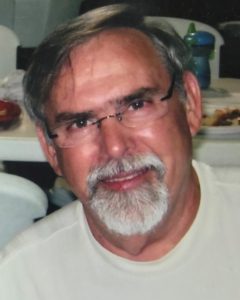 Everett “Ersel” Dickerson of Elkview, formerly of Man, died Friday, October 8, 2021 at CAMC Hospice after a short illness. He passed away peacefully surrounded by his family.
He was born on August 12, 1940 in Accoville, WV, the son of the late Charley Ersel Dickerson and Geneva Lee Milligan Dickerson.
Ersel was a 1959 graduate of Man High School. He entered the Army that same year and served in the 82nd Airborne Division until 1962. He was awarded the Parachutist Badge.
Ersel was a member of the Man Church of God where he attended faithfully until he moved to Elkview in 2010. Ersel continued to support his home church throughout his lifetime.
In addition to his parents, Ersel was preceded in death by his brothers, Charles Edward Dickerson and James Oather Dickerson.
Survivors include his wife of 42 years, Vicky Dickerson; daughters, Erica Dickerson of Charleston, Crystal Dickerson Imes of Man; son, Mark Dickerson of Man; granddaughters, Cassandra Imes and Faith Imes both of Man; brother, Bill J. Dickerson of Davin; sister, Mary Ellen Blevins of Blanchester, Ohio; brother, Tom (Sheila) Dickerson of Lundale; sister, Sue Vance of Lundale; and brother, Jerry “David” Dickerson of Warrenton, Virginia.
In accordance with Ersel’s wishes, his body will be cremated. There will be no memorial services at this time.
In lieu of flowers, donations can be made to any Veterans organization of your choice or to The Salvation Army, which Ersel supported faithfully.
Memories of Ersel may be shared by visiting www.snodgrassfuneral.com and selecting the obituary. Arrangements are in care of Snodgrass Funeral Home, South Charleston.