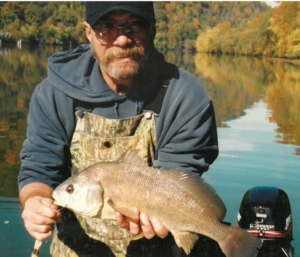 Charles Arthur “Pete” Pettry, Jr, 70, of South Charleston, WV passed away at home on October 10, 2021, after a long illness.
He was born July 19, 1951 the son of the late, Charles and Arcneath Pettry of East Bank. He was a 1969 graduate of East Bank high Senior High School. He served in the United States Army in the Vietnam War from 1970 to 1972. He was a member of the Vietnam Veterans of America (VVA).
Along with his parents he was preceded in death by his brother, Johnny Porter.
Pete, is survived by his wife of 49 years, Robin Pettry; son, Brian Pettry; daughter, Dawn (Anthony) Smith; brother, Ernest Porter; sister, Brenda Ladoucer; his favorite people were his family, most importantly his grandbabies, Megan, Zachary, Kevin, Keira, and Jacob; he was step-grandfather to Jessica, Dakota and Makayla and step-great grandfather to Koada, Gunner and Ryder.
Private family services will be held at a later date.
Memories of Pete may be shared by visiting www.snodgrassfuneral.com and selecting the obituary. Arrangements are in care of Snodgrass Funeral Home.