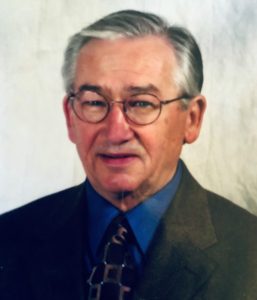 Carl was born on October 29, 1944, and lovingly raised by Myrtle and Kennis Mullins at Whitman Creek in Logan.  He was the eldest of 4 and is also survived by brothers Jim and Steve, and sister Deb.

After graduating from Logan High school in 1962, Carl joined the United States Air Force where he served for over 3 years including a tour in Vietnam.  He then attended Bluefield State College, earning a bachelor’s degree in electrical engineering in 1971 and serving as Student Body President.  After graduating, he worked in the coal industry for over 40 years all over eastern Kentucky and southern West Virginia.  Carl loved his work, but more importantly he loved the people he worked with.  At the time of his retirement, he had obtained the position of president of Cliffs Logan County Coal.  This was an achievement he was very proud of, not for the prestige of the position, but for what it said about how his peers and coworkers valued him.  After retiring to South Carolina for 5 years, he decided he wanted to come home to West Virginia to spend the remainder of his days closer to family in the state he loved.

Carl loved God and his family.  He was married to Tammy for 40 years and he loved her more than anything in the world.  He also loved the West Virginia Mountaineers, shooting pool with his neighbors, tending to (and eating) his tomatoes, a hot cup of McDonald’s coffee, and studying the Bible with others.

Above all, Carl will be remembered most for his integrity and his commitment to the people, ideals, and organizations of which he was a member.  He was a persistent optimist (even about the Mountaineers), always seeing good in those around him and trying to find a way to brighten their day.  He was a good man.  He will be missed.

A service to Honor the Life of Carl Mullins will be held at 4:30 pm, Friday, September 10, 2021 at Bible Center Church, South Charleston. Friends may visit one hour prior to the service at the church.

In lieu of flowers, donations can be made to Heaven Sent Ministries.  hsminc.org

Memories of Carl may be shared by visiting www.snodgrassfuneral.com and selecting the obituary. Arrangements are in care of Snodgrass Funeral Home.